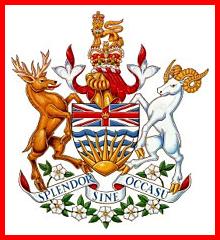 The use of coats of arms dates back to the Middle Ages. Originally, coats of arms were granted to knights and were displayed on their armour. Eventually, the number of coats of arms and the potential confusion among them led to the development of an official class of heralds, who regulated such matters. The study of coats of arms is called heraldry.

There are two ways to legitimately acquire a coat of arms. One is to establish a hereditary claim, and the other is by a new grant.

It is very difficult to do this. Over the centuries, many families have taken arms that belonged to other families of the same name, usually without authority and without demonstrating that the families were related. Therefore, even if you can trace the use of a coat of arms by your ancestors over a long period of time, it does not necessarily mean that it is your coat of arms.

Moreover, reference books about coats of arms often contain errors, making it very difficult to prove a claim. The most reliable way to prove that you have a hereditary claim to a coat of arms is to have a heraldic expert search the records of one of the heraldic authorities. In Canada and the British Isles, these authorities are:

Other European countries have a long history of using coats of arms, similar to the British Isles, but unlike the British Isles, they do not have heraldic authorities. There are, however, non-governmental offices that regulate the use of coats of arms in Austria, Belgium, Germany, the Netherlands, Norway, Spain, and Sweden. For more information, contact a consulate or embassy.

Otherwise, if you find a coat of arms for your surname in a reference book – or if you are offered one by a commercial outfit – it probably only means that sometime, somewhere, a person with the same surname as you was granted a coat of arms. More likely than not, it had nothing to do with your ancestors.

NEW GRANTS If you cannot establish a hereditary claim to a coat of arms, you may be able to have a coat of arms created for you. Of course, you can create your own, or have one for you created by a commercial outfit, but it will have no official status. To be an official, legitimate coat of arms, it must be created by one of the heraldic authorities. These authorities have been delegated the right to grant arms originally exercised by the monarch in medieval times.

The granting procedure typically includes submitting a petition, which is then reviewed. Factors such as the petitioner’s contribution to the community are considered. If approved, the petitioner works with a herald on the design of the new arms. There are substantial fees involved in petitioning for and obtaining a new grant. These vary considerably, but in Canada, the minimum total cost including processing fee, preliminary design, and artwork is around $1500.