Hogan's Alley on the east side of Vancouver was part of a larger black community in Vancouver’s historic Strathcona neighbourhood. The community’s origins are believed to date from 1915-1917 when two railway stations were built nearby. Many black porters who worked on the railways ventured into Strathcona during stopovers in Vancouver. Other residents of the neighbourhood worked as janitors in downtown Vancouver. In due course, some of the black pioneers opened nightclubs and restaurants. The first black church, Fountain Chapel American Methodist Episcopal, opened in 1918. Hogan’s Alley, bounded by Union Street to the north and Prior Street to the south and Park Lane to the west and Jackson Avenue to the east, was synonymous with Vancouver’s black community although it was only part of it.

Hogan's Alley became well-known for its distinctive culture, featuring blues musicians and chicken eateries. It was also associated with illegal gambling, drinking and prostitution. In the 1960s, the area was razed to make way for a modern development. Protesters managed to shut the project down but not before the block housing in Hogan’s Alley had been destroyed. In 1972 the Georgia Street Viaduct was built over the area. 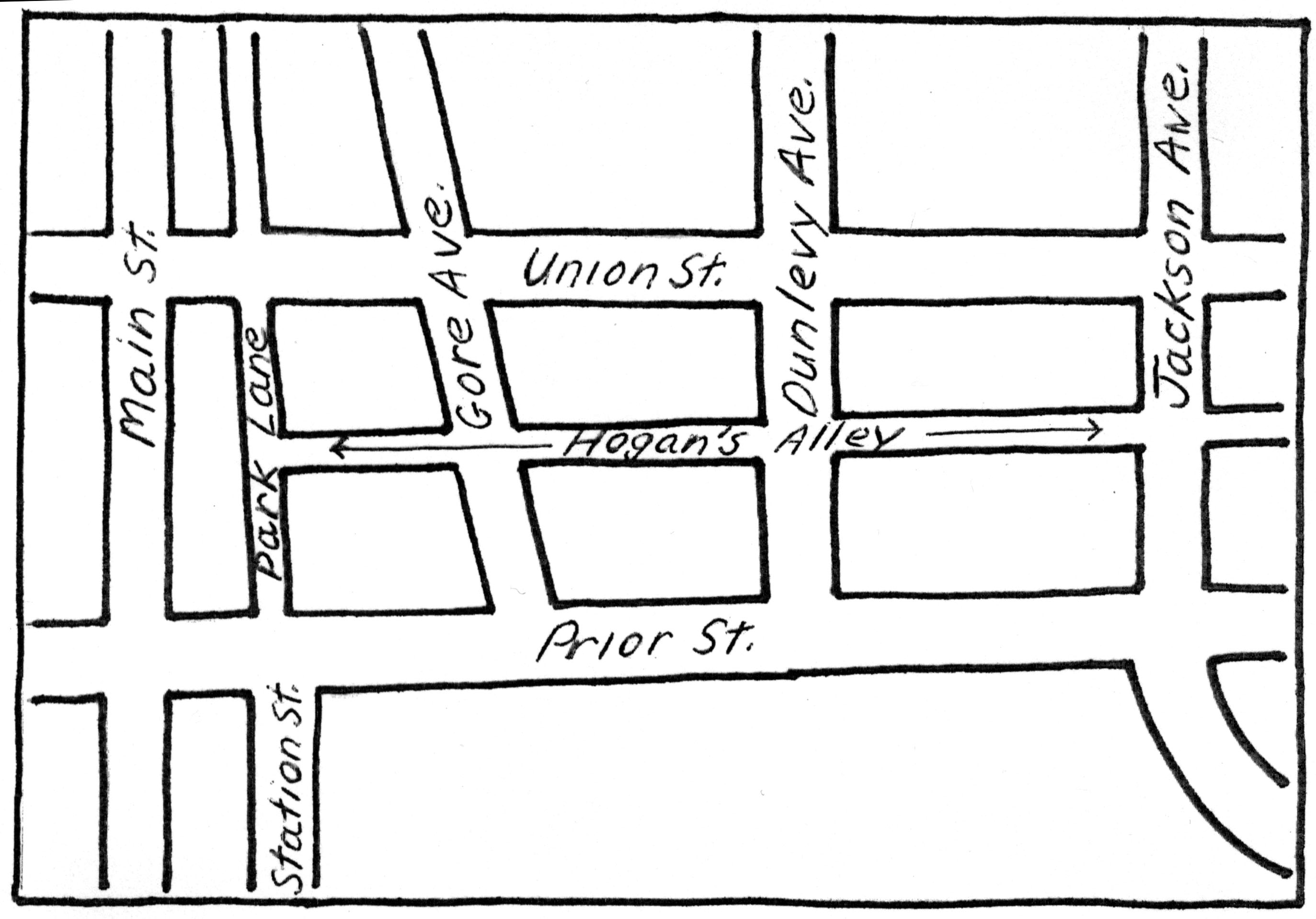 Despite its unique and vibrant history, information on Hogan’s Alley is difficult to locate. At the Vancouver Public Library, resources can be found in Special Collections (Level 7), as well as in the main collection on other floors.