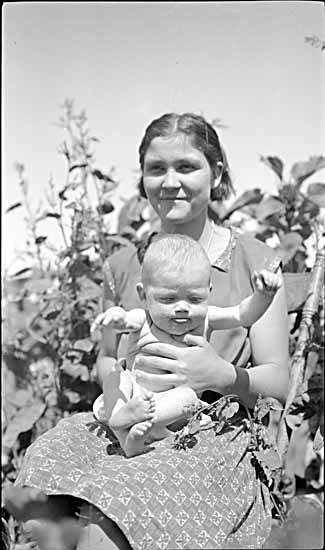 Birth, marriage and death records can provide a wealth of information for the genealogist. Varying amounts of information about parents, occupation, birthplace, place of residence, etc. are available depending on the type of record. Death records are often the most comprehensive.

Government registration of births, marriages and deaths is usually referred to as civil registration and the records as vital records. In Canada, the responsibility for all aspects of civil registration falls to the individual provinces and territories. Availability and access vary from province to province.

Please visit our Civil Registration booklist for a list of books related to this topic.

The following years have been released by the B.C. Vital Statistics Agency:

Indexes to historical British Columbia civil registrations are available online using the Vital Events Search. This database can also be used to search for baptisms (1836-1888) and colonial marriages (1859-1872).

Records are available in two formats - microfilm and online digitized images. The Vancouver Public Library has the complete set of publicly released microfilms (*). These are on Level 6 at the Central Library. In addition to the indexes, the Vital Events Search currently hosts digitized images online; new digitized images will be loaded on a regular basis. The FamilySearch website includes searchable indexes and over 1 million digitized images to British Columbia births, marriages and deaths. While records are being digitized, it is recommended that you search both these databases to determine if a digitized copy is available.

If a digitized image is not found online, the Vital Events Search can be used to find the appropriate B.C. Archives microfilm reel number and the registration number of the record that you are looking for. For detailed instructions about using the index and locating the records, see our guide to Finding B.C. Civil Registration Records.

Access to restricted B.C. civil records may be available under certain conditions from the B.C. Vital Statistics Agency.

* NOTE: The following death registration reels have gone missing from the collection.

Consult our Civil Registration booklist for two index books covering records up to 1905.

Access to some Ontario civil registration records is limited due to privacy regulations. The following records are open to the public without restriction:

The Library has birth, marriage and death microfilm indexes to vital records held by the Archives of Ontario for:

Using the information provided by the above indexes, you can request the microfilm containing the actual record from the Archives of Ontario. For more information on Ontario civil registration records, see the Finding Ontario Civil Registration Records section.

Access to indexes and digitized images of many Ontario birth, marriage, and death records is available at the Vancouver Public Library through Ancestry Library Edition.

The FamilySearch website includes searchable indexes and digitized images of Ontario birth, marriage and death registrations, although the website may not include one or two of the most recent years.

Beginning in 1926, births, marriages and deaths in Quebec could be reported directly to a civil office, but it was 40 more years until significant numbers were reported only to such an office. The modern Quebec civil registration system was not fully established until 1994.

Before the formal civil registration registry was established, baptisms, marriages and burials were often recorded in church or parish registers. Until 1994, copies of parish records were sent to local courthouses where they served as civil and vital records.

Copies of parish registers submitted to local courthouses prior to 1900 have been deposited in the 9 regional centres of the Bibliothèque et Archives nationales du Québec. Records from 1900 to present are in custody of the Directeur de l'état civil Quebec.

Indexes and digitized images for some records are available on the Provincial Archives of New Brunswick website. View their Record Series Introduction page for more information about the index entries and digitized records available in the Vital Statistics Search Engine.

Civil records of birth, marriage and death records are kept by the provincial Department of Justice and Public Safety - Vital Statistics. Additional details can be found on their Genealogy at the Public Archives page.

The Newfoundland and Labrador Vital Statistics Division registers all vital events – births, adoptions, marriages and deaths and provides certificates regarding some of these vital events to the public.

The FamilySearch website includes searchable indexes and digitized images of many Newfoundland and Labrador birth, marriage and death registrations.

Births, marriages, and deaths that occurred on or after April 1, 1999 are registered with Nunavut's Department of Health.